A call to support Israel 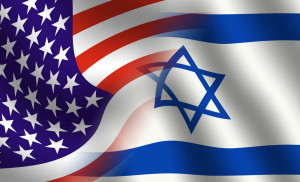 The current state of the Middle East:

So… how does President Obama address this?

Honestly, I don’t know what he is trying to do. I don’t buy the muslim sympathizer conspiracy theories because a) Islamic factionism and b) his actions are consistent with Progressive approaches with the “disaffected.” However, if he’s trying to play Sunni off against Shiite and let ISIL and Iran destroy each other, he’s badly misguided. Whoever comes out on top will be stronger that either and will be looking at Europe then the U.S. as their next targets.

I’m seriously beginning to think that it is becoming time for the Congress to pass a resolution declaring support of Israel and congratulating Netanyahu for his overwhelming victory. It’s dangerous and it’s unconventional – I understand the risks, but it’s not without precedent. When the President is establishing a foreign policy that is so opposed to the sentiments of the American people, it is entirely appropriate for the people – as represented by the Congress – to make their feelings known to the world.