An Apology From America to the World 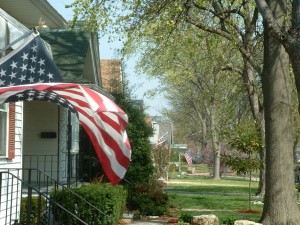 This might come as a shock to my fellow conservatives, but the simple truth is that America owes the world an apology.  Actually, we owe the world an apology several times over for sins past, present, and even some future that are inevitable.  Those shortcomings are not going to be paid just by Americans, but by all people.

Today is both the anniversary of the signing of one of the five greatest political documents of human history, as well as the birthdate of the nation based upon that document. Somehow that seems the right time to offer that apology.  So without hubris or further ado, please allow me to speak on behalf of all Americans.  Well, all who are philosophically Americans.  Too many citizens have abandoned the heritage that makes them Americans.

In fact, that is the first thing I want to apologize for.  That America has permitted an environment in which so many have turned their backs on that heritage.  Part of America’s heritage is its tolerance; especially of ideas or beliefs that are hateful or downright wrong.  Now the freedom to express even those ideas is sacred to America and must be defended.

What cannot be defended is the silence of so many in failing to respond.  Many simply believe that what we see happening now couldn’t happen today.  Or, they just want to live in peace.  Yes, we are waking up and speaking up over the last few years.  Yes, the pillars of federal and even global power are showing justifiable fear.  However, it was wrong to hide from the need to speak and we hope that the world will someday forgive us.  In fact, it is this great sin that leads to so many of the other apologies called for.

We apologize for surrendering the meaning of the once noble words Liberal and Progressive.  By their true meanings, America is still the most progressive and liberal nation in human history.  However, we have allowed the most vile and perverted ideology in human history to abscond those meanings.  Words mean things.  By taking possession of those meanings Americans have allowed those who now bear the labels of liberal or progressive to manipulate the conversation or to shut it down entirely.

We apologize for confusing the idea of tolerance with submission.  This is especially true when that is applied to an ideology that is taken root in one third of a party that represents one third of our people and that ideology is one that has resulted in more death, poverty, and evil than all others in the scope of human history combined.  And, yes, I am talking about socialism in all its principle forms.

We apologize for surrendering our educational system to those same vile, self-labeled progressives.  This is a sin against our future, so I also apologize to our own youth, though in my defense many of us have been actively standing against it.  Some have been teachers, themselves.  Others have taken their children out of those systems and homeschooled.  Still, we haven’t done enough though we are now beginning to speak up and loudly.  Please forgive us for taking so long to do so.

We apologize for neglecting the principles of our Bill of Rights which is a central part of American philosophy and our Constitution. America is unique amongst nations in that it is based upon the principles that sovereignty starts with the individual and is delegated to the central government, not the other way around.  Those Amendments exist to empower individual liberty and to limit the federal power.  They are precious and necessary to a truly free people.

We apologize for permitting our government to delegate the authority to oppress people throughout the world to technological companies.  We stood by while semantics were bandied and permitted these “private businesses” to do, in governments’ (lower case “g”) name, that which is explicitly illegal for our Governments to do. True, even many of the Western Democracies do not fully recognize the liberty our First Amendment protects.  Nevertheless, they are going to be impacted as we reassert those liberties that the – so called – “Big Tech” try to deny us.

We apologize for Hollywood and the American entertainment empire.  Dear God, do we apologize for inflicting that onto the world.  That alone could make a nation into a laughing stock if anyone outside their own clique took them seriously.  The good news is that few in America do take them as more than the embarrassing relatives that you try to hide from the public.  The better news is that the trash that they are spewing is being increasingly rejected and that they are consuming themselves in response.  Please do not judge the American people by what you see of the celebrity class.  They are not representative of America or Americans.  Many of them are not even Americans, but are immigrants themselves.

We apologize for not preserving the integrity of our process of choosing our leadership.  Unlike most of the world, too many in America have either forgotten or intentionally try to subvert the importance of our electoral process.  The mistaken idea that “Every vote counts,” has taken precedence over preserving the integrity of the election.  Without the latter the actual votes don’t mean anything.  This is not a new problem.  John Fund has been writing about it and documenting it at least a far back as 2000.  It goes back in an institutional manner, at least to the 1960 election of John Kennedy.  It’s taken 60 years, but at least the public at large is now taking off the blinders.  I’m sorry for the instability this is going to cause.

We also apologize for the next three years.  Because of our failure above, we have allowed the installation of a leader that, at best, is mentally impaired or, at worst, is actively opposed to the core principles of American political philosophy.  This, at least, is something we can correct in the next year.  This failure is going to harm the rest of the world far more than it will harm us.  Americans are a cheerful people.  We are resilient, hard working and have access to unimaginable wealth because we understand that wealth is something that we can create.  We will weather the pain that Joe Biden will create and come out stronger in the end.  The rest of the world will suffer far more for it, and for that we are sorry.

Finally, we apologize for allowing the collective guilt of a political party that throughout its history supports slavery and oppression to project its institutional guilt upon the rest of our great society.  Just know that their numbers, in spite of what Hollywood or their own elite might suggest, are shrinking.  Also know that those among them that currently hold power and use the current President as little more than a sock puppet represent only about a third of its members.  Almost all the Democrats that I know are good, hardworking people who still believe in those core American principles.  They are beginning to awaken to the deception of their leaders.

Now, there are a few things I will not apologize for, on behalf of myself or America.

I will not apologize for sins of the past.  Those sins have been paid for already, and in blood.  In theology we have an idea called sanctification.  It recognizes that humans are a fallen and imperfect creature.  That after repentance and forgiveness, we enter a period of slow perfection by the Holy Spirit where we strive and fail.  Pick ourselves up again, and strive further.  This is a process that will not be complete until a person stands before God and is perfected.

Similar is true for America.  We are amongst the most enlightened people in history, and I will never apologize for that, either.  Yet we are imperfect since we are made up of fallen individuals.  We, as a nation, are in a continuing process of sanctification that will never be finished.  We will succeed.  We will fail.  We will pick ourselves up and do better.

But understand this, dear world.

We will not be bowed by guilt for the few, or by the Necessity that forced historical compromise with them, or for our successes in overcoming them.

Nor will we apologize for our wealth.  I am not talking about the wealth of multinational corporations that have little connection to American values and principles.  I am talking the immense wealth of the American people as a whole.  This is one of the great blessings of American liberty.  It allows the creation of wealth.  That blessing creates a responsibility, though, to help spread that wealth and better the world as a whole.  That is not done as so many failed ideologies believe, by taking by force from those who have it and giving it to those who don’t.  It is done by preserving and “Ensuring the blessings of liberty.”

Now, with that said, go and celebrate our Independence Day.  Let the world celebrate it with us.  The principles of our Declaration of Independence do not just apply to America.  It applies to all people.  Institutionalizing those principles in our documents and our ways of life is our gift to posterity.