The Attack On Republicans: I really hate being right… 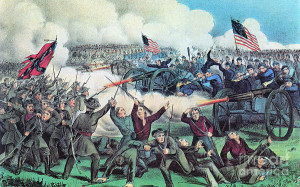 I’m a bit sick to my stomach as I write this.  When I heard that the shooter was a home inspector from Belleville while driving to work this morning, I was going to predict that this was a middle-aged white man who is committed to the Left.  Thing is, that is really not a hard prediction.  If you live in the Metro East (i.e. Illinois side of the St. Louis area) as I do, that description is practically a given.

It’s disgusting to hear how pundits are talking about not making this political.  The terrorist – and that’s what this guy was – made it political from the outset.  He was explicit about that in both the effort he went to to find and target a large group of Republicans as well as his online postings.

But the truth is that this was made political months ago.  Democrat leaders have been either encouraging or turning a blind eye to the violent protests, vandalism, and even physical attacks by their supporters.  The press has been actively attempting to bring down our sitting government.  Academics and Progressive pundits have been preaching violence for months.  The performing arts have been doing everything from putting continual digs towards Trump and Republicans to presenting plays depicting the President being assassinated.   There have been months whipping up and subsequently ignoring or excusing the violence of the #Resist and “Antifa” movements.  If you can put aside your horror at the attack, this is little more than an evolutionary step in their methods.  Nancy Pelosi?  Chuck Schumer?  New York Times?  CNN?  You are as much responsible for this bloodshed as the terrorist.

This attack was a political act.

I’ve said before that Progressive Socialism and America’s concept of individual liberty are not compatible with each other.  While the American libertarian model – whether you’d consider yourself conservative or liberal – might tolerate the other, Progressivism cannot tolerate individual liberty.  This is a demonstration of that.  I’m hearing people on TV, radio, and the internet talk about how this guy was “radicalized” or is “insane.”  With all due respect, I must disagree.  This type of terrorism is – and always has been – a core part of Socialism going all the way back to Marx and Engels.

I’ve predicted that the swamp will be fighting back; with violence once the cannot get their way with protests or bullying.  I cannot speak for the rest of the nation, but here in the Metro East I can assure you that this terrorist is absolutely a part of that swamp, albeit near the edge.

I’ve predicted the violence at the same time I’ve praised the long-suffering nature of traditional American values.  Those predictions go back for 10 years.  I fear that this may have exhausted much of the patience.

I’ve predicted some 5 years ago that we had passed the point of avoiding violence.  The only question was the extent and degree.  The answer to that question rests entirely on the Democrats and the mass media.

I have predicted – stated – that we are already in the midst of a civil war.  It is just that the shooting has not begun.  There have been some close calls, but outside of the rioting of the Leftists, it’s not been an armed conflict.  My prediction was that it would be the Progressives that fired the first actual shots.

So what do I predict now?  I’m sure that the screams for gun control has already begun.  Expect to hear cries for limitations on “hate speech.”  Probably from both sides and aimed at both sides.  I expect to see the mainstream press actively attempt to bury as much of the details of this attack as possible.  Instead, if it hasn’t already, I’m sure there will be people over at CNN, MSNBC, and the Big Three news networks explaining how this is really Republicans and/or Trumps fault.  Within a couple of days NYT and the WaPo will be putting out op-eds to the same effect.

To my many conservative friends, I say this.  Let the Progressives be the violent ones.  The American people are awake.  This violence is proof that the people are rejecting Progressivism.  The political process is far from exhausted, and the American Progressive movement can still be destroyed by political means.  Don’t be like them.  Reserve the use of violence to actual self defence and don’t let it be a political tool as does the Left.

To my many liberal friends, I say this.  Understand that these Progressives are not your friends.  Their priorities and goals are not the same as yours.  Indeed, the heart of your beliefs have far more in common with conservatives and share the same goals of individual liberty.  Don’t be a tool of the Progressives and please don’t let yourself be the shield they hide behind.  Remember that you are Americans first and foremost.

To both, I say this.  The American experiment has been designed to withstand and to overcome this kind of attack.  However, to do so requires a public that is willing to be awake, aware, and to wield the power the Founder’s placed in the hands of the people to self-govern.

1 Response to The Attack On Republicans: I really hate being right…