A Solution for Youth Violence 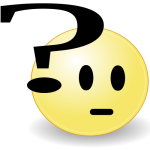 There really is a relatively easy solution to the problem. One that is right on many levels. A common sense way.

We need to ban anyone under age 21 from marching or protesting and any efforts to advocate for the same on social media should be subject to criminal investigation.

There are the clearly obvious reason for this. Children under 21 are not psychologically mature enough for such responsibility. Actually, research puts that age at 24, but with so many other elements of society putting the majority at 21, it would be hard to place the ban at 24. Protesting far too frequently ends up in violence with millions of dollars in damage and people being injured or worse. We’ve seen this repeatedly over recent years in campuses and cities throughout the country when protests turn into riots.

But there is another form of violence from which such a common sense restriction would protect our kids. There are those that would use our kids as soft targets to manipulate and whip into frenzies in order to advance their own issues. Since kids lack the emotional maturity to discern this for of abuse, we have a moral obligation to protect them from such harm. Harm that can often be physical. Just ask those wounded in Baltimore. Or Ferguson. Or San Francisco.

Ultimately, this common sense control does not truly infringe these kids rights. In fact, it preserves the right by helping them to survive until they are old enough to exercise it responsibly, if they so choose. It is an easy and practical solution to a crisis to unnecessary violence that we need to seriously consider.

Postscript: If this idea disturbs you, consider that this is no different than any other right protected by our Bill of Rights.

1 Response to A Solution for Youth Violence