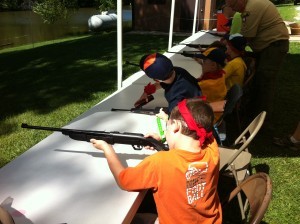 Kurt’s latest commentary – Thoughts and Prayers for Anti-Gun Freaks Grieving Over Death of The Narrative – is an absolute must-read.  It doesn’t happen often, but Kurt left out some very important and relevant facts to this topic.

In the last year, Progressives have been responsible for more violence against Americans than anyone from a middle-eastern religion. Consider:

* Ex-government employee shoots up a Country-Western concert full of police and military.  Do we even have to guess which side of the aisle this guy was from?  If nothing else, you can tell by how quickly this story was buried.  Odd for what was the worst mass murder in American history short of 9/11.

* MIlitant atheist attacks and murders churchgoers in Texas.  Yeah, you can bet he was first in line to vote for Trump last year, right?  The story is going to disappear as much for this as for his being stopped by a good guy with a gun.

* Rand Paul attacked and seriously injured but an Anti-Trump neighbor.

This doesn’t even take into account the attacks, beatings, vandalism, and rioting from the Antifa creeps.  Though I will note that they tend to restrict their activities to cities and campuses where the right of the people to defend themselves and/or fight back is systematically denied.  Those who know me know that I’ve been predicting this direction since the Bush 2nd term.  In 2012 after Obama’s re-election the violence became unavoidable, in my opinion.  It was then just a matter of how much and who shot first.

If you want to understand why Progressives seem so supportive of Islamic terrorism, this is a good example of why.  They have far too much in common.  Expect things to continue to escalate.