The Importance of Two Words

What is the difference between a historic speech and an infamous speech?

With that first phrase, Cruz consigned his political career to the dustbin of history. If Trump wins, Cruz is forever irrelevant in conservative politics. He will never hold executive office, whether elected or cabinet level, federal or Texas. Nobody would dare nominate him for SCOTUS now; who would bother to defend him? If the Texas delegation is any sign, even a re-election of his Senate seat may now be debatable. 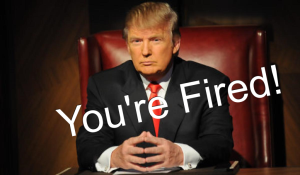 If he had endorsed Trump has he had promised twice – once in writing, that infamous speech would have been historic. Up until that point, he had the crowd eating out of his hand. It would have been one of the most memorable speeches of the convention creating a unified steamroller to November. After the Trump presidency, he would have been practically assured the presidency. The fallout would may well have been Cruz having to make a difficult choice: SCOTUS or POTUS. Oh, to have that kind of tough decision!

Instead, Ted Cruz chose to become the face of the #NeverTrump movement. In the choice of two words, Cruz proved all of his detractors correct. His explanation for the reasons doesn’t help. I could have respected his reasons for not endorsing Trump if he had stayed home. That would have been the honorable action. That would have been the principled action. What it did instead, makes Jeb, George and the rest look good.

The great irony is that Cruz actually helped Trump. By allowing Cruz the speech, Trump showed himself the bigger man. Moreover, this created the unity that the Party needed. Don’t believe anything you are hearing afterwards, Donald Trump knew what was coming and he was ready for it. Have any doubt? Take a look at the timing of his entrance near the end of the Cruz speech. The timing was perfect to deflate and deflect any impact that Cruz might have gotten with his two words. The #NeverTrump crowd have been relegated to irrelevance as a result.

If you look at my postings over the last year, I was obviously a Ted Cruz supporter. I remained a proud Cruz supporter up until he uttered those fateful two words. Now? I’m embarrassed to have supported a man who lacks the discretion to either chose to keep his word or to keep his distance until a more appropriate time.

But now is not the time to dwell on past mistakes. Now is the time to move forward and guide America away from the pit Obama and Hillary worship and to make America great again.