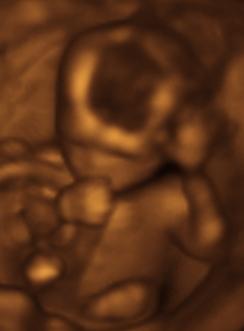 By jenny cu (Flickr) [CC BY 2.0 (http://creativecommons.org/licenses/by/2.0)], via Wikimedia Commons

As the blinders to what Progressivism really is come off, you start seeing more moves of desperation by evil people trying to keep their deeds out of the sunlight.  This is another one of those efforts that is doomed to backfire.

Silencing these reporters – even temporarily – is going to be seen in the public eye as an admission of guilt.  It tells one that there are more of these people and they are likely even more damning.  Whether or not true, that is the impression.  The scope of the ban is pretty narrow, as well.  It only stops videos of three executives, adding to the “something to hide,” mentality.  Of course the public actually has to see the story.  Cecil the lion is everywhere, but Planned Parenthood making Josef Mengele look like an amateur is getting hardly anything.

What I think most likely to happen now, is you can almost be certain Congress is going to subpoena all of the videos.  I’m fairly certain that a congressional subpoena will trump a lower court restraining order and I doubt CMP will be interested in quashing the order.  If the impression proves true – more from the execs – the public outcry even without mainstream coverage will be enough for one of the Congressional committee to release them.