How Will It End? 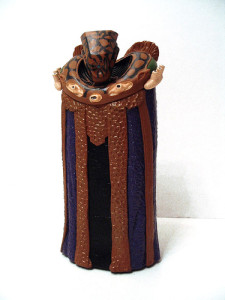 One of my favorite TV series’ is Babylon 5.  In one scene during the second season, the dying Centauri emperor asks Kosh – a mystical alien ambassador from the Vorlon Empire – how will the turmoil occurring end.

I have long looked at the 1st and 2nd plus the 9th and 10th Amendments as bookends that defined and defended this country’s idea of liberty just by virtue of the natural rights they recognize.  It was one area where Conservative and Liberal came together in principle where the greatest difference is in the path to preserve those liberties.  Most of the Democrats I know today still hold this principle when you take the time to challenge politely.  Of the few that don’t, most of them have some real or perceived personal stake in their position.

Progressivism is not the same as Liberalism.  They had co-opted the term and have largely consumed American Liberalism in academia and replaced it with their cancerous philosophy.  This is what we’ve seen on display at Mizzou – and Yale, for that matter.

For years I had hoped that violence could be avoided.  I think that over the last few days we have crossed the point of no return.  Be patient as I go through the logic.

There has been an unprecedented assault on both the 1st and 2nd Amendments, not to mention the rest of the Bill of Rights. 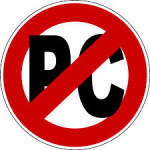 The attack on the 1st is happening at its most obvious in university speech codes.  We see it in the rise of Newspeak and political correctness.  If you don’t get what PC is, you need to look at Soviet history and the politruk.  We also see the fight raging in the attempts to regulate the internet.  It’s been discussed here frequently how this medium is superseding tradition media channels.  There really is only one change for Progressives to control the exercise of free speech there and they are doing their best to acquire it.  We also see this fight in the effort to make a human right out of a desire to not be offended.  This is a big part of the rise of Trump and Carson.  There is a wave of public opinion rising against this and it appears to be forced into retreat into its strongest enclave – the university.

By contrast, the result of the attack on the 2nd has been an arming of the American people.  With somewhere between 80-130 million armed people and now over 350,000,000 guns, Americans are more heavily armed that all the armies of all the nations of all the world.  Combined. 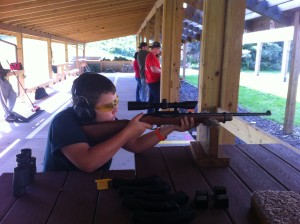 This arming is not an accident.  Tens of millions of those new gun owners are arming specifically against their own government.  Based on the stance the Obama administration has taken, on the types of arms Progressives are trying to ban and on the militarization of the bureaucracy, it would appear that the federal government fears this as well.  It also appears that most of the military and much of the law enforcement community will not support government action against the general public.

Contrary to many opinions, it will be the that first group and not the second that is the cause of the violence.  Simply looking at the behavior at a TEA Party event and an #Occupy event should tell you all that is needed.  Moreover, gun owners tend to be a more disciplined group.  Not all, but certainly most.  There is a certain truth to the idea that an armed society is a polite society.

These protesters, though, have all the characteristics of a mob and mobs are easy to ignite into violence.

Yes, universities continue to cave to the mob, but what happens when the mob comes up against the American people?  What many people do not realize, is that the Constitution provides the mechanisms to deal with the threat of Progressivism.  The judiciary can be held accountable not just through impeachment, but Congress has the power to regulate the courts.  For example, Congresscould regulate the courts to require strict scrutiny for any appeal involving the Bill of Rights.  The President doesn’t get a veto.  The courts do not have the right of review.  Justices that do not comply can be removed.

Another example is the push towards an Article V constitutional convention.  Such a convention bypasses the federal government.  The President and the Courts are out of the process.  Congress’ sole role is in facilitating the States having the convention.  If you look at a map of State legislatures and governors, you will understand why Progressives (and federal supremacists) fear such a convention.  At a State level, the Democrat party has been nearly destroyed.  They aren’t in a position to negotiate or even obstruct in an Article V convention.

I believe that barring a massive conservative onslaught rolling back much of Progressivism, one or both of these things will happen in the next 5-10 years at the latest.

The question is, what happens in the universities when any of these three happen?  What happens in New York City?  Or California?  Or in Illinois?  We have seen their behavior over and over again.  Will the simply submit and go home?  No chance in Hell.  The transfer of wealth cut off, their ability to bully it in the courts restricted and their power lost, they will have little choice but to try and make Ferguson and Baltimore look like test runs.

Progressivism is a philosophy that is built around the idea of revolution.  In all other countries, that revolution has been – whether violent or peaceful – against the government in power.  The difference is that in America, that power still does rest with the citizen.  The American public is patient, especially where the exuberance of youth is concerned.  When it becomes an existential threat to what America is, that tolerance will be exhausted.  Inertia will make the wave slow, but it will be overwhelming.

I really hope I’m wrong.  I want to be wrong.  I am afraid that I’m not wrong.  This is not something I want to go through and I don’t want my son to inherit the pain of rebuilding.  I don’t see a realistic way out.  If you do, please, please let me know.