Posted on November 3, 2016 by RaulYbarra 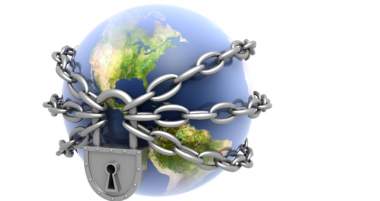 Agenda 2030, touted as a solution to everything from poverty to global warming, is really a plan to empower a global governing body. By Alex Newman

This is one of those few stories that I beg and plead for you to read.

I’ve been following Agenda 21 since the late 90’s. The only good thing about Agenda 2030 is that it spells out the intents of its “parent” in a much clearer and open way. If anyone tries to say you’re reading too much into Agenda 21, point them to the 2030 document.

It is why I make such an effort to distinguish between a Liberal and a Progressive, in the American sense of the words.

The short of it is that individual liberty completely vanishes under the name of what is “good” for society. Look at the people cheering it – the world’s most vicious tyrants and dictators – and that should be obvious.

For now, America stands alone against this. The picture painted here – even more than SCOTUS justices – is really what is at stake in the coming presidential election.