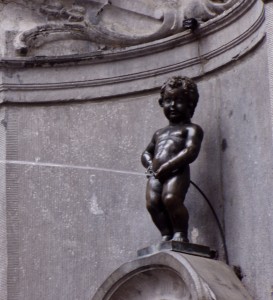 Apparently, these Democrat mayors do not think the law matters.  According to this Fox News Story on sanctuary cities, they are daring Trump to cut funding if they refuse to follow the law.

My first question is whether the citizens here understand that they are being used as human shields by their own elected leaders.  Rahm Emmanuel is giving you the choice of being screwed by job taking, crime, and violence from illegal aliens or by losing federal tax dollars.  You guys are the ones that are hurt the most by illegal immigrants.  You are being used!  People like him do not care about the citizens they are elected to serve.  They care about their own power.

My second question is do these mayors not realize that Trump does not understand the, “You can’t do that,” argument.  This does not violate the Constitution.  It enforces the law, which is the Executive’s primary job.  It reflects a key part of the platform that got Trump elected.  If he takes this path, only an act of Congress can stop him and I’d be surprised if that would even be able to get out of committee.

If you’re trying to call Trump’s bluff, I don’t think he’s bluffing and he has the bulk of America behind him on it to give Congress some spine.