General thoughts on the resurgence and management of COVID-19 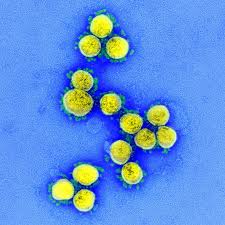 Ok. Here’s the deal. I said back in April, it doesn’t matter if the virus fades. There WILL be a resurge. At the end of the day, you’re not going to beat evolution/natural selection. Population medicine is not a pretty discipline. The focus should be on protecting the especially vulnerable. The problem arises when people in this field take the idea of “Do no harm,” but fail to take into account the big picture. At a policy level, this is something that is impossible to do. It’s an easy trap to look at the immediate harm of getting sick, and as a healthcare provider you’re driven to do something about it. It’s hard to explain to the layman, but it’s something built into you.  This is especially true of your rank-and-file physician.

What happens, though, is you get hyper-focused on that aspect of it. You miss seeing the harm those policies might do by extending the crises rather than managing the burn-through in a population. Heck, I’m not even talking about collateral harm. It’s easier to let it run its course when you at least have a documented treatment, but in the case of something so novel, that’s not the case. That sense of helplessness ends up driving decision making. A controlled burn-out is also one of the most politically unacceptable response I can think of. Leaders are expected to do “something.” Whether they should never even makes it into the equation.

That fact that this particular virus has a high probability of having originated in a lab doesn’t help, either. At the time I noted that the virus would eventually reach an equilibrium that either shifted towards a cold or towards a serious influenza like SARS. We simply didn’t know at the time. The probable origin, though, was a valid justification of a more aggressive approach.

I personally believe that the laboratory component reflects an accident not a weaponization. However, that doesn’t really help. In fact, for CDC it may make things even more concerning. Most of the public doesn’t know or remember the accident in the Reston, VA lab, but you can be CDC leadership certainly does. After dodging that bullet, they are not going to be inclined to take any risks.  (Ironic anecdote: that site was ultimately bulldozed and a daycare has been built on the property.)

We see data that is showing what I think is a virus that is more contagious that initially expected as well as far less lethal. I.e., it’s leaning more towards a cold, where coronaviruses already account for something like 15% of cases. However, because of all the above, many (most???) of the decision makers are going to be completely oblivious to it.  That not only fails the public, it fails our community healthcare providers that depend on good information to manage their patient cases.

How to get out of this?  I don’t know.  I’ve worked for people like Dr. Fauci.  I’ve had people like Dr. Fauci as colleagues.  I’ve had people like Dr. Fauci work for me.  I’m going to take the high road and presume there’s no nefarious intent on his part.  But he is a political animal.  He has to be to hold his position.  I’ve said for 30 years academic politics makes most other politics look like kindergarten.  Even with – perhaps because of – good intent, he is going to dig in his heels.  It’s reached a point of self-righteous credibility.  That’s fine when your right but bad if your wrong, and the idea of being wrong is not something he will take willingly.

I think he is hoping that one of two things happen.  Either it burns out or an effective treatment for the seriously ill emerges.  Either of these lets him back out of his position gracefully and relegate the virus to it’s appropriate status of low criticality.  Unfortunately, if this virus does end up being little more than a cold, it’s not going to burn out.

Short of that, it’s going to take someone with the political courage to say, “No more.”