Democrats Are Lying About Their Gun Sales Ban 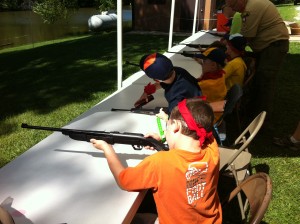 Source: Democrats Are Lying About Their Gun Sales Ban

You need to read this article from The Federalist.  It confirms what I was predicting when this “No Fly List” idea first came out.

Based on the proposed law, it means that if you belong to a TEA Party organization, you could be banned from owning guns based on DoJ’s warning in the past associating the TEA Party with domestic terrorism.  Based on the claims of some Democrat officials, if you are a member of the NRA, you’re a terrorist.  Could your gun rights be stolen under this law?

What this law amounts to is a secret federal list that the government can use to disarm anyone without due process.  All that is required is that they consider you to have a possible terror connection or interest.  Once you are one the list, you are looking a enormous amounts of time and money in the attempt to get your name cleared.