The short of this is that Obama’s approval over the span of his tenure has less approval than Richard Nixon.  On the plus side, he was more popular than either Ford or Carter.  Welcome to your legacy. 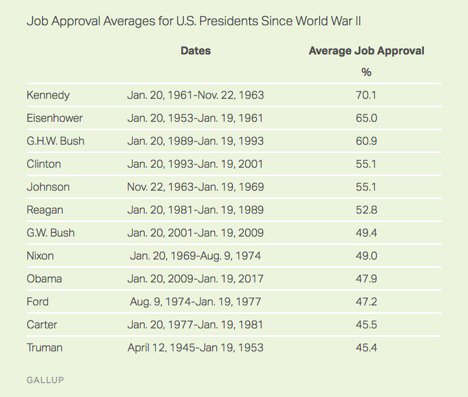 As President Obama left the White House, the mainstream press was falling over itself proclaiming how popular he was.”Obama leaving office on a very high note,” was a typical headline.