In Favor of Eliminating the SCOTUS Filibuster 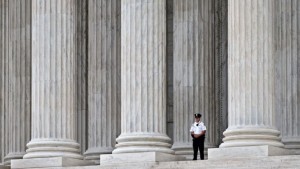 One thing that has not been considered yet is that the Democrats had no need to end the filibuster for SCOTUS. All they needed to do was remove it for the lesser courts and then populate it with their surrogates. This group of “respectable judges beyond repute” then becomes their pool for SCOTUS nominees. They knew they could count on Republicans not “denying” the President his choice. The truth is that a SCOTUS filibuster under this model will only ever be used against Republican nominees.

Now that the precedent is set, I do think that the Senate needs to finish the job and eliminate the filibuster for SCOTUS. It is largely irrelevant simply based on the argument above. There are too many reasons not to keep it.

So please, Republican Senate, do this now while you can take the high road rather than the necessary road.  It will work out better in the end.