Spain’s ‘gag law’ brought into force amid protests – The Local 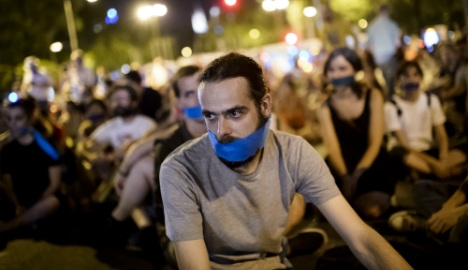 The controversial public security law comes into force on Wednesday amid fears that it will limit freedom of speech and the right to peaceful protest.

I had warned that people need to keep an eye on Spain.  Incredibly, I had missed this.  Apparently, a big part of this is to stop the protest being brought on by the austerity movement in Spain.

That’s another word for “Spain is running out of other people’s money.”